Bread has been known as the “staff of life” for centuries, and most world cultures have at least some form of bread made from whatever grains are available. It is one of the oldest man-made foods, dating back to at least the beginning of organized agriculture for grain-based, and before that for starch-based made from pounding plant roots and cooking the results on rocks over open fires. Later on, naturally occurring yeasts and bacteria were seen to help aerate and raise the bread and became a staple of bread making as a form of leavening.

With a trend toward more natural foods with less artificial ingredients, more people are looking for ways to incorporate this more wholesome approach to their diets into their lifestyles. Any artisan bread is part of that trend, with its simpler, less mass-market uniqueness. Some natural foods supermarkets and bakeries are cashing in on this trend by offering large selections of delectable specialty breads to choose from.

The basic process and ingredients for making this bread remain much the same as they were in antiquity. These breads generally have around five ingredients, where mass-produced bread has up to twenty or more, quite a few of those chemicals. If the breads have more than five, it’s usually because extra goodies like olives, peppers, seeds, etc. for savory breads, or dried fruits and nuts for sweeter breads, have been added to the basic ingredients of flour, water, yeast, and salt. Most contain about 60 to 75% water in professional bread recipes. Sugar, sourdough starter, milk, and eggs may also be added to make the breads fancier. The texture and flavor tend to be more complex than mass market bread, even with those simple ingredients. These breads are slow-risen, hand shaped, and are made in small batches, sometimes in specialized masonry ovens and sometimes using steam to help with the baking process, creating special crumb and crust textures. Usually, they have an elastic sponge-like interior with a golden caramelized crust, perfect for eating by themselves. Familiar types are ciabatta, focaccia, and the French country loaf, or even the Indian naan. Because of the complexity, they are made in small batches. Because of their lack of chemicals, they should be eaten or used within a day or two of purchase or baking, or frozen for later use.

The quality and type of ingredients is key to making the best loaves. Some breads require specialized flours, but some need regular white bread flour, so substituting whole wheat in any form for white isn’t always a good idea because the texture and flavor of the bread will be affected. There are recipes out there for gluten-free loaves, though others rely on the gluten in the flour to enhance the texture and taste because enzymes break it down during the fermentation process. Specialty grains like Einkorn, semolina, maida, and spelt are being used, as well as commoner ones such as rye and stone ground whole wheat. 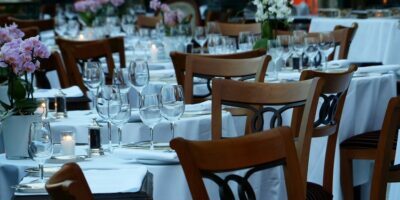