Just because it is Christmas, doesn’t mean it has to be all wall-to-wall drinking eggnog, brandy and mulled wine. ‘Tis the season to be jolly but if you fancy a change to the traditional festive drinks then why not try out holiday beer?

A growing number of people have come to associate the festive season with beer drinking. It might seem like a new twist on getting into the Christmas spirit, but the tradition of beer as a holiday drink actually goes as far back as the Vikings.

Craft ale, or craft beer, is a beer that has been brewed by a small, independent, traditional brewer at a local brewpub. Your typical big brewery corporations do not manufacture craft ales. It is a beer that has been crafted rather than made. Of course this doesn’t mean that all craft beer is good and all big beer is bad; not all big beers are bad and not all craft beers are excellent. But the festive period is an excellent time to try out some craft ales if you have never done so before, and if crafted ales are already your thing, then this Christmas, why not try out a few seasonal brands you’ve never tasted before.

Here are a few craft ales ‘Yule’ be glad you tried this festive season.

Rumour has it that this is the very beer Santa cracks open when he gets back to the North Pole at the end of a very long night on the 24th. And you can see why. Angry Santa is a winter warmer of a beer. It’s packed with vanilla, cinnamon and honey which gives the beer a sweet and malty taste, with a sweet caramel and hint of spice aroma on first sip. It was initially released in 2016 and has grown to be many people’s favourite winter beer. The brewers use ingredients that are associated with the holidays (think gingerbread and cookies) which nicely complement the English dark ale. If you are new to drinking ale, a glass of Angry Santa might be an excellent place to start.

With an ABV of 3.8%, this beer falls under the light classification. So if you like a light drink that hits slowly, or you want to avoid a hangover on Boxing Day, but still enjoy good beer, then Dead Pony Pale is a good fit. It’s an ale that is alive with flavour. It has a toasted malt base that ebbs to a huge hop hit, bursting with zesty passion fruit mixed with mango bitterness and aromas of citrus, lemongrass and lime zest. Dead Pony Pale Ale is perfect for drinking from the bottle, case or even keg if you are looking to have a wild night. Although if you are not accustomed to a bitter aftertaste, you might not want to make this beer your first time try.

This beer once won champion winter beer of Britain; it is also included in the list of 300 beers to try before you die. Freddy Walker is good old ale – an oldie but goodie. This Moor beer has an astonishing balance of flavours. Old Freddy Walker is usually an all-round favourite at beer festivals and always sells out pretty fast. It is rich, dark, full with tastes of chocolate, dark malts and honey. The brambling cross hops add a hint of orange and a balancing dose of bitterness. It can be drunk from a bottle, can, jugged or sipped like wine. But best drunk from glass so you get to enjoy its rich aroma and see the brew in its glory. Take your time to enjoy this fairly sweet style of beer that doesn’t need a season.

Shnoodlepip wild beer was born out of a collaboration of three brewers. It’s no wonder that they say two heads or in this case, three heads, are better than one. This beer is a culmination of new ideas, techniques, ingredients, combinations and processes. Shnoodlepip has an explosion of tarty passion fruit flavours with light floral sweetness, and notes of dry oak finished off with a tang of spicy pink pepper and hibiscus. This ale is dry and well carbonated. It has an attractive peachy pinkish colour with a medium-sized foamy head. The aroma is as pleasant as the taste. Shnoodlepip makes beer exciting again.

This flavourful, Belgian-style ale is strong and potent. Mad Elf has a captivating blend of Munich, Pilsner and chocolate malts imbued with cherry, cinnamon and honey sweetness that gives this beer subtle fruit and spice flavours. This mix gives you a distinctive taste that warms your heart and enlightens your tongue. The aroma of this beer hits you right up in the nose. The 11% ABV is very well hidden; you can’t tell by the taste or smell that the beer is potent. In fact, it doesn’t have much of an alcohol burn at all so just be careful you don’t drink too much and end up missing the Queen’s Christmas Day speech altogether! Mad Elf is a great beer but be sure to pack away a few bottles under the Christmas tree as this one is usually only around from November to December.

Santa’s Little Helper is another very potent beer, making it one seriously naughty but most definitely nice beer. This premium Belgian style ale has an emphasis on dark chocolate and roasted coffee aromatics. It is finished off with hints of sweet crystal malt, orange peel and coriander flavours, warming tones of alcohol and a touch of hops. You can taste every bit of the 11.6% abv in this beer though. But after a long day of tree decorating, Christmas dinner cooking, entertaining guests, and cleaning up, drinking this seasonal beer with your leftover turkey is well and truly deserved.

What is the festive period if not a time to try out new things, honor old traditions and create new ones. So this year, get in the spirit of the season with a seasonal special craft beer. 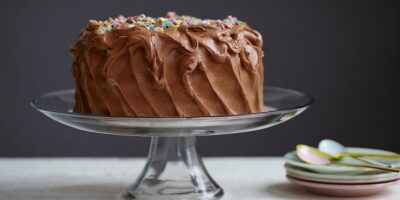